The WSTA has the largest and broadest membership base of any trade association in our sector; multi-channel, multi-category, national and international, start-ups through to global brands. 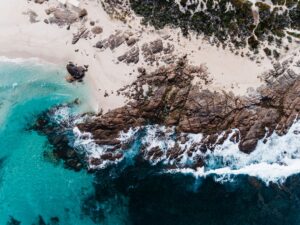 Western Australia is home to some of the most outstanding wines in Australia. Located over 1,000 miles from Adelaide and closer to Jakarta than Sydney, the terroir and wine culture is unique to the remote south-west corner of Australia. Its dramatic coastline, signature clones and ambitious, premium-focused producers conspire to produce beautifully balanced wines with intense fruit and elegant acidity. The best are amongst Australia’s most age-worthy.

Although the first modern vineyards only took root in the 1960s, the Margaret River region is something of a prodigy, achieving early success, prestige and international acclaim for its Cabernet Sauvignon and Chardonnay in particular. Idyllic, enviably consistent grape growing conditions are informed by the region’s ancient soils, its Mediterranean climate and tempering maritime influence from three sides.

The largest, and coolest of the Western Australian regions, Great Southern is often in the shadow cast by its celebrated sibling Margaret River. However, with five subregions and climatic conditions ranging from cool maritime in the south (Albany and Denmark) to continental further north (Frankland River, Mount Barker and Porongurup), its vibrant community of dynamic small producers cultivate a broader range of grape varieties and styles, Great Southern is particularly renowned for

Shiraz and Riesling and also produces fine Cabernet Sauvignon and Chardonnay. Its strong terroir and single vineyard focus have made it a home for outstanding, characterful wines.

Famed for sophisticated, elegantly structured reds that have often been compared to Old World counterparts, Margaret River and Great Southern have both made waves with their Cabernet Sauvignon and Shiraz.

This virtual tasting and discussion is one of many CONNECT Conversations to feature on our new virtual platform, Australian Wine CONNECT.

Trade/Press Only?
Trade & Press only