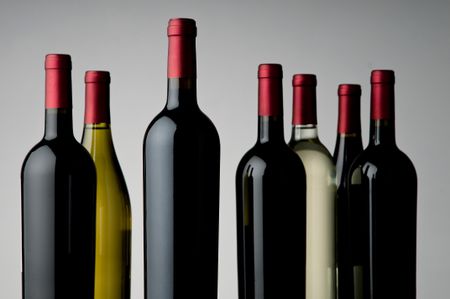 Earlier this year the WSTA held crunch talks with concerned officials from Whitehall to discuss how to cope with the extra paperwork for wines coming into the UK from the EU and for English wine being sent to the EU, which is anticipated to treble their work load overnight in the event of a no deal Brexit.

Following the meeting officials agreed the sensible solution was to suspend paperwork on wine imports for 9 months, should Britain crash out the EU without a deal.

Recently the WSTA has learnt that Government ministers are now planning to renege on the agreement which the WSTA warns will lead to higher wine prices – adding an estimated 10p on a bottle of wine – and a reduced choice for consumers.

At the end of last month WSTA wrote to Michael Gove MP and Stephen Barclay MP, to spell out “in the strongest possible terms” the damage additional documentation and tariffs on wine would cause the UK wine industry.

The costly new form filling will result in an estimated additional £70 million bill for the wine trade. When added to wine duty hikes, enforced by the Chancellor in February, as well as the possible introduction of wine tariffs, the devaluation in sterling and rising inflation – a no deal Brexit will mean UK wine consumers face a budget busting rise in prices.

If Britain falls out of the EU without a deal an estimated 500,000 new import certificates (known as VI-1 forms), all accompanied by costly a lab analysis, will be required to keep wine flowing in from Europe.

Wine leaving the UK for the EU will also have to complete a VI-1 form – meaning an estimated additional 150,000 forms which will put a strain on wine exports, the UK’s 6th most valuable food and drink export.

Each form comes at a price – estimated to be around £20 per two-page document – which is filled out by hand.  And the laboratory tests will cost over £300 a time.

Under the current system, as a member of the EU, the UK has access to the EU’s Excise Movement Control System (EMCS) which tracks alcohol coming in and going out of the country documenting consignments electronically.

EMCS allows all alcohol categories to and from the EU to be moved on with no extra checks of costs. However, a no deal Brexit will mean the UK loses EMCS which is likely to see significant confusion and delay at British ports, where new paper documentation will need to be shown and checked.

The new paper-based regime will mean European wine producers will have to pay to fill out a form and on top of that cough up for extra laboratory tests for every consignment of wine sent to the UK, no matter how big or small.

The industry’s ties with the EU run deep – 55% of wine consumed in the UK is imported from the EU.

The burden, particularly on small wine producers that often stock independent wine merchants, is likely to be too great and in some cases wine supplies from smaller vineyards into the UK are expected to dry up.

But the extra form filling won’t just leave the wine industry with a headache, UK wine inspectors will find themselves drowning in processing the paperwork.

Every handwritten VI-1 form will have to be scrutinised and stamped before wine from Europe is allowed into the UK.

It is estimated that it would take 12 full time wine inspectors a whole year to process the half a million new VI-1 forms expected to mount up after a no deal Brexit. This does not take into account the other work carried out by Wine Standards who currently consist of a team of six regional inspectors.

The Government’s failure to honour commitments to suspend the VI-1 forms is a real blow for the UK wine industry. The additional form filling and laboratory tests required for a no deal scenario will add a massive burden on exporters and importers alike. Wine inspectors will find themselves drowning in paperwork and consignments are going to be held up by unnecessary additional red tape.

We can only conclude from this that Government doesn’t understand the value of the UK wine industry nor the value of imports in general to the UK economy.  Imports are worth roughly the same as exports to the UK economy.  The burden of import certificates for wine will not simply fall on EU businesses – their pain will be shared by UK importers and ultimately UK consumers.  There is however a simple solution, suspend the introduction of pointless import certificates and use the time to develop modern import rules that are fit for purpose. “

Neil Coyle, MP for Bermondsey and Old Southwark and the Chair of the All-Party Parliamentary Group (APPG) for Wines and Spirits said:

“This u-turn is yet another example of government failing to listen to industry experts and ultimately failing to back British business.  The worst case assumptions outlined in the Yellowhammer contingency plan are likely to become a reality if we end up with a disastrous no-deal Brexit.”

According to the latest figures from a report by EY, wine duty contributes £7.8 billion to public purse and the wine industry supports 189,000 UK jobs.