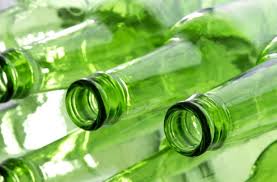 The Scottish Government has today announced the introduction in Scotland of a Deposit Return Scheme (DRS), which will include glass drinks bottles – despite industry concerns that existing glass recycling procedures are both efficient and well-understood. In addition, the proposed fee for the use of glass bottles could encourage even greater use of plastic and so increase environmental damage.

The Scottish Government has proposed the introduction of a surcharge of 20p on bottles which will be refunded only when customers travel to return the bottles to retailers or bottle machines. This raises concerns that the impact of such a scheme will be felt disproportionately by those on the lowest incomes, for example those without cars who will find it harder to comply and so to recoup their deposits fees.

The Wine and Spirit Trade Association remains wholly unconvinced that there is evidence to support a DRS including glass on economic or environmental grounds. However, it supports new methods and technologies for improving the recycling of all materials right across the UK; and believes improved kerbside collections are the most cost effective, low emission and equitable method to achieve government’s recycling targets for glass bottles.

Responding to the comment Miles Beale, Chief Executive of the Wine and Spirit Trade Association, said:

“The Scottish Government wants to improve recycling, an aim which we support. The WSTA has long argued that there is no evidence to support the inclusion of glass in the Deposit Return Scheme (DRS).

Glass is different. It is infinitely recyclable, largely inert and easily available. And it does not cause microplastic pollution. Wine and spirit producers have made significant environmental strides in recent years, reducing glass per bottle by up to 60% over the last decade – and exceeding EU glass recycling targets.

The Scottish Government’s DRS proposal also fails to recognise the effect a DRS will have on those on lower incomes who, according to the evidence, struggle to engage in recycling. Because the deposit scheme will be applied to all customers and be funded by unreturned deposits, we have concerns that the scheme will be disproportionately funded by customers on lower incomes; and raise, rather than lower, CO2 emissions with more car journeys by those customers who can comply. This risks a less efficient and effective approach that fails to improve recycling rates in Scotland.

Glass bottles are brittle and much heavier than plastic, and so we ask the Scottish Government, and those across the UK considering similar systems, to think about the practical difficulties of returning glass bottles – especially for groups such as the elderly, disabled and those on low incomes. Instead the Scottish government should look again at how to improve existing kerbside collections which are more socially equitable and require fewer car journeys and so lower emissions.

We believe glass is the preferred option for packaging liquids. All UK politicians should recognise this and seek to encourage the use of glass rather than include it in any DRS.”