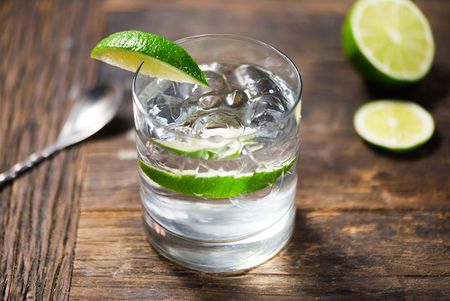 Mother’s ruin has proven itself to be Mother’s favourite

Gin sales spike in the run up to Mother’s Day proving that the spirit once dubbed ‘Mother’s ruin’ is now a go to gift for mum.

Previously unpublished figures show that sales of gin in the first quarter of the last two years all peak in March, in the run up to Mothering Sunday.

Between January and March 2017 gin sold in UK supermarket and shops reached 6.4 million bottles of which 2.6 million, 41%, of those bottles were sold in the month of March.

Last year during the same 12-week period 9 million bottles of gin were sold of which 4.7 million, 52%, of those flew off our shelves in March.

Sales of alcohol are traditionally slow in the first three months of the year, compared to the summer and the festive season, however there is a noticeable spike in sales in March according to data providers Nielsen.

The WSTA’s Market Report out this week reveals gin hit another record high last year with the juniper-based spirit breaking £2 billion in annual sales for the first time.

During the whole of 2018 Brits bought over 73 million bottles of gin, breaking all previous records, with sales worth £2.1 billion.

Add this to the latest value of British gin exports and the quintessentially British spirit was worth over £2.7 billion for the whole of 2018.

There are now hundreds of different gin brands to choose from, using a huge range of different botanicals and in the last year a surge of pink gins entering the market.

Two years ago only a handful of brands were making flavoured gin, then last year the category was valued at £165 million, up a whopping 751% on the same period the previous year.

In 2018 HMRC records showed that the number of distilleries in England overtook distilleries registered in Scotland for the first time.

Spirit makers expect to see more bottles sold in March in 2019 than ever before along with a range of gin experiences and gin accessories.

Gin makers are also offering personalised gin gift wrapping. One company providing the service is Pickering’s Gin based in Edinburgh.

“We feel Gin is so popular for Mother’s Day as people like to give their mothers something they really want. After years of giving flowers and chocolates we have discovered what mum’s really want is Gin.

“In terms of a global thirst for British products, distilling in Britain – and Scotland specifically has become world renowned for producing high quality products. As the first gin distillery in Edinburgh in over 150 years we are proud to provide that top quality, exceptional gin.”

“The truly staggering rise in gin sales shows that British gin is gaining more and more fans by the day. And we fully expect to see sales rise again in March this year, just as they did last year. The latest expression of the UK’s fastest growing spirit – pink gin – is one of the ‘go to’ gifts for Mother’s Day. It’s high time gin’s new status and reputation were celebrated and supported by Government, which should be offering more support for British gin exports and a less taxing duty regime, both of which fail to support our entrepreneurial and innovative distillers.”