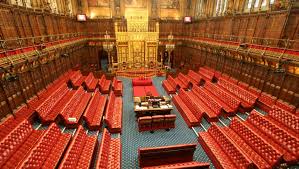 The House of Lords has debated an amendment to the Agriculture Bill which aims to reduce the burden of wine import documentation post-transition period.

The Amendments, tabled by Lord Holmes of Richmond, who has also written a blog piece on the subject, show the growing support and recognition of the industry’s efforts to highlight the damage the introduction of VI-1 forms would cause for the wine industry if they were to be introduced on 1 January 2021.

The WSTA has argued that the forms are unnecessary and expensive, and their introduction will result in less choice and more cost for consumers, as well as being hugely damaging to the £19 billion wine industry which supports over 130,000 UK jobs.

The Amendments follow a written statement from the Government which claimed that the cost of VI-1s would be “nil or negligible” – something which the UK wine industry has strongly contested.

“Leaving the EU offers a major opportunity to cement the UK as the world’s wine hub. The VI-1 is not fit for purpose for the UK outside of the EU, and by initially removing the requirement for a limited period after the transition period, the UK can lead the way by creating a new, simplified, electronic wine passport which facilitates trade from all over the world and opens up new opportunities for this Great British industry.

“Wine is the UK’s 6th biggest food and drink export, worth around £650 million, and by making trade easier and removing unnecessary prescriptive EU rules, we can boost the UK’s place as a world-leader in wine and ensure consumers can continue to buy a wide and exciting range of wine from all over the world.”

“We are extremely pleased that the House of Lords has chosen to debate the introduction of the controversial VI-1 certification for wine coming into the UK from the EU.

“It is entirely within the Government’s gift to avoid imposing these complicated, costly and unnecessary checks. Politicians need to better understand this issue, which if it isn’t handled properly will see the UK’s world leading wine industry facing a catastrophic disruption to trade.”

Currently wine coming in from Europe is not subject to VI-1 checks and lab tests – 55% of wine consumed in the UK is imported from the EU.

Certification rules will all change on January 1st 2021, with or without a deal, when all wine imported from Europe will be subject to VI-1s.

The extra red tape is anticipated to generate over 600,000 paper forms  – at least a threefold increase for wine inspectors – and cost the UK wine trade an extra £70 million, a year, causing wine prices to rise and consumer choice to fall.