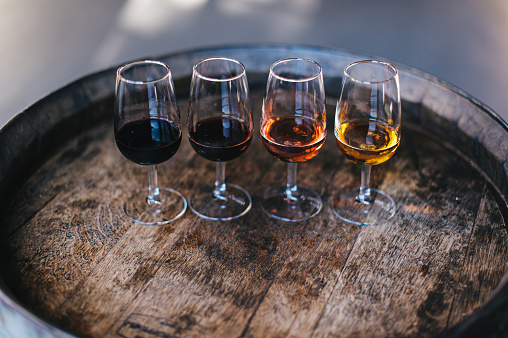 The Government’s proposed overhaul of the UK’s clunky alcohol taxation system will see prices rocket for port and sherry drinkers.

Consumers are being encouraged to enjoy their favourite festive drinks this year as producers predict price rises of around 13% if Treasury plans go ahead.

At the Autumn Budget the Chancellor, Rishi Sunak, announced a new taxation model which unfairly penalises fortified wines, and which would push the price of a bottle of port or Oloroso sherries up by £1 or more.

If the proposals are passed by Government port and sherry producers fear that hundreds of years of British tradition will be under threat.

Producers are completely at a loss as to why politicians are targeting the fortified wine sector which is steeped in British history and was specifically created in to suit the British palate.

“It makes absolutely no sense to target the fortified wine category and penalise drinks which are enjoyed in moderation by friends and families often on special occasions. I do believe that the politicians drawing up these proposals have no intention of damaging the fortified category, but if the proposals remain unchanged it will result in the retail price of a bottle of port increasing overnight by £1.09. That’s an immediate increase of more than 13%.

This seems to be unnecessarily damaging and could hit port consumers’ pockets at a time when their discretionary spend is being challenged very significantly due to inflation and the widely increasing costs of many everyday items.”

“Local wine merchants up and down the country are aghast at the suggested tax rises which will see their popular Port and Sherry brands such as Taylor’s and La Gitana, take on the largest single alcohol tax rises in UK history. Ultimately I fear it will be the consumers who will pay the price, which is a shame especially as we’ve invested so much to attract a new following to the joys of these fortified wines, which to date have offered incredible value.

“Sherry has been enjoyed in moderation by British consumers for hundreds of years. But it’s more than that. Our company was a joint endeavour between two families – one in the UK and the other in Spain. Our origins can be traced to 1835 when it was founded by Manuel María González Angel and his English agent, Robert Blake Byass.

As passionate producers we have been working hard to pass on the sectors rich heritage and introduce a new generation to the joys of a beautifully crafted sherry, through its use in lower alcohol cocktails or served alongside food, however the proposed duty rise would create a significant barrier to purchasing this festive favourite which has enjoyed a strong role in British culture for centuries.”

Whilst some alcoholic beverages can be adapted to bring down their abv, there are strict production rules for port and sherry that do not allow producers to tamper with strength.

Although port and sherry have a higher abv than wine they are traditionally enjoyed in smaller measures on special occasions as an aperitif or at the end of a meal.

”If you like a glass of port or sherry at Christmas we suggest you make the most of it this year it might be priced out of your Christmas shop in the future.

Port and sherry producers and importers are incredibly concerned over proposed tax changes which would unfairly put the highest tax rises on their products – literally overnight. We are mystified by a proposal that embeds unfairness between products meaning that beer and cider will be taxed at much lower rates than sherry and port which will force up the duty paid on some fortified wines by as much as £1 or more.

Government needs to ensure that we aren’t left with a new system that is demonstrably less fair and more administratively complex, which were the tests the Treasury set itself.”

A glass of sherry or a port with cheese have long been treasured Christmas traditions but the sector faced a steady decline in UK sales in the first half of this decade.

However, the UK market has recently seen a rise in sales after fortified wine makers have found a new following through trendy Fino bars and innovations in new cocktail servings.

This has helped the category see a steady rise in sales. Sales of port in UK shops and supermarkets saw a major boost in 2020 with some 8.4 million bottles sold. In 2021, the category has continued to show a strong performance with around 8.8 million bottles forecast to be sold by the end of the year, up 4%.

Sales of sherry in the UK off trade have also increased with over 10 million bottles sold in 2020 up by 13% year on year.

The Government looks set to destroy the port and sherry revival with their punishing tax rises.

The origins of port and other fortified wines, recalls our history as a great trading nation and the WSTA is calling on government to rethink targeting the fortified wine sector to ensure the UK remains the key player in the international wine trade.

The British started drinking port and sherry back in the 17Th century after tariff war with France put up the price of French wine. This led to the Methuen treaty of 1703 which granted Portugal preferential taxes on wine exports in excange for lower duty on English textiles.

The British wine trade had a unique influence on the development of fortified wines, in the case of port and sherry British merchants set up companies in the 17th & 18th centuries to produce and import wines that were created, or adapted, specifically to suit the British palate. This was necessary due to our cooler damper climate, with fortification being required to stabilise the wines as they travelled in barrel from Oporto and Jerez to English Ports such as Bristol, Liverpool and London.

It’s also worth noting that without this industry the UK’s greatest spirits export, scotch, would never have been created – matured as it is in oak barrels previously used for port and sherry.