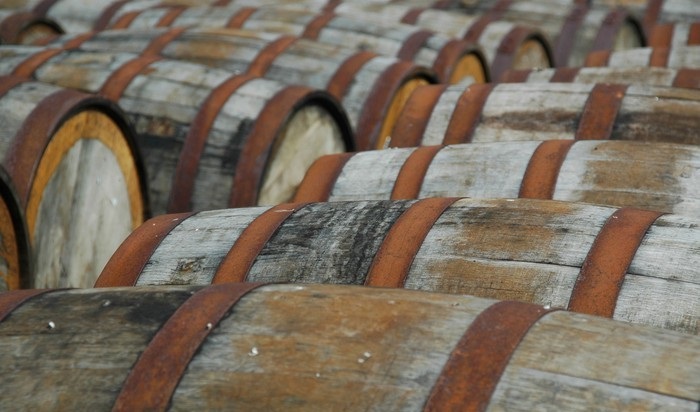 English and Welsh whisky makers are struggling to keep up with demand for the sought-after spirit after first releases sell out overnight.

In the run up to Father’s Day, some English whisky makers have found themselves out of stock after selling out almost immediately on release, meaning that any dads receiving English whisky as a gift this weekend should count themselves very lucky indeed.

With new-make spirit needing to be matured for a minimum of three years in wooden casks before it can legally be termed ‘whisky’, the enormous interest in English whisky is good news for producers who began crafting the spirit several years ago.

The “ginnaisance” has attracted a whole new audience of people keen to try new spirit experiences meaning investors have been more willing to invest in craft distilleries allowing an English and Welsh whisky market to emerge.

“We sold out of our first release of London Rye® Whisky as soon as we released it in December and had to limit sales to one per person. Not to worry, we’re continuing to make more, but instead of a bottle of whisky this Father’s Day, we’ll be offering both gin and whisky tours throughout the day.”

“We have just started our journey in whisky making and have only produced a small amount so far. However, what I can tell you is that our first 2 releases sold out within 24 hours.”

Adnams have got whisky available but you need to get in quick for a last-minute Father’s Day gift because their exports are on the up.

“We produce our whisky from our state-of-the-art Copper House distillery in Southwold. We have seen a growth in our export of whisky made from locally sourced grains. All our releases are a minimum of five years old. Adnams exported three times the amount of our spirits in 2018 as in 2017 and more than 22,000 people took a distillery and/or brewery tour or signed up to make your own gin last year.”

Dan Szor, founder of Cotswolds Distillery, says they have had to up their production to keep up with demand, he said:

“We are now listed in Waitrose and approaching 1,000 Greene King Pubs, testament to the fact that major retailers in both the on and off trade see this as a category to back. Our whisky is now available in 31 countries globally, from a standing start in October 2018, and we have increased our bottling by 25% in 2019 to keep up with demand.’

Welsh whisky makers Penderyn have a large expansion programme in place in order to keep up with growing demand.

“We have introduced two new lines this year, Penderyn Grand Slam 2019 Edition and Royal Welsh Whisky, and demand for our products is increasing year on year. Penderyn’s sales went up by 17% in 2018, and we now export to around 40 different countries.”

“If you are lucky enough to get hold of a bottle of English whisky on Father’s Day we hope you treasure it. The UK spirits industry is a real success story and Britain now boasts 361 distilleries with a wave of exciting new Welsh and English distillery projects. Our innovative and skilled spirit makers should be encouraged to invest and increase production, so the Chancellor can start by redressing the UK’s excessively high duty rates. Some consumers will be surprised to hear that they pay a whopping £8.05 on duty per 700 ml bottle of whisky at 40% abv. We hope the next Chancellor, whoever that may be, supports our great British distiller’s by reducing duty rates.”

Last year the WSTA launched an English and Welsh Whisky Trail to celebrate the growth of a sector that lay dormant for more than a century. 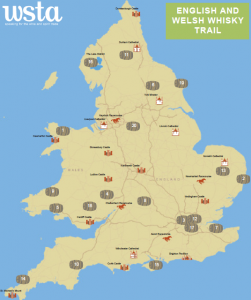 English whisky dates back to at least the 17th Century, but dried up when the last producer closed their distillery doors back in the early 1900’s. The English whisky drought ended 100 years later when a Cornish distiller decided to revive the craft.

Inspired by the success of the London and Scotland Gin Trails as well as our English wine trail, our team have drawn up a map showing the rapid spread of whisky makers in England and Wales.

For centuries Scotland has dominated the spirit making world thanks to the popularity and rich history of Scotch Whisky.

However, the gin boom has helped the number of UK distilleries to more than double in the last five years with HMRC issuing 31 new distillery licences in England in 2018 compared to just 11 in Scotland.

Today, there are at least 20 distilleries across England and Wales producing whisky.

Both Scottish and English whisky production is governed by EU regulations, although Scotland has an additional, much tighter layer of control – the Scotch Whisky Regulations.

This allows whisky producers in England great freedom to innovate – whilst some favour traditional Forsyths stills used in Scotch production, some distilleries are turning to different stills, and when paired with an assortment of grains and casks, the revitalised English whisky sector has the potential to create new, unique and exciting whiskies.