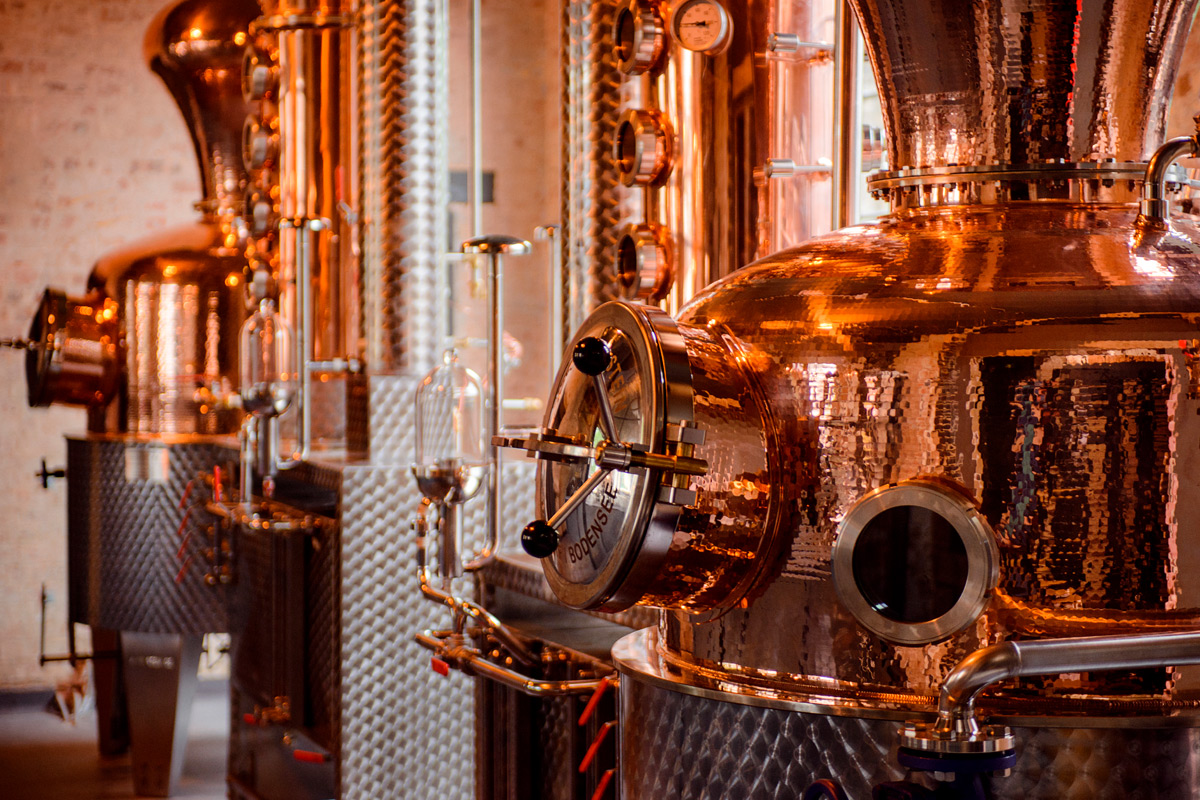 England boasts more distilleries than Scotland for the first time

New HMRC figures show the number of distilleries in England has overtaken distilleries registered in Scotland for the first time.

In 2018 the UK recorded a total of 361 distilleries – of which 166 are in England compared to 160 distilleries based in Scotland.

For centuries Scotland has dominated the spirit making world thanks to the popularity and rich history of Scotch Whisky.

However, the gin boom has helped the number of UK distilleries to more than double in the last five years with HMRC issuing 31 new distillery licences in England in 2018 compared to just 11 in Scotland.

The “ginaissance” has meant gin sales in the UK have hit an all-time high helping to fund new distillery bars and visitor centres across the country.

The WSTA’s end of year market report showed a massive boost in gin sales over the summer taking the total UK sales value to over £1.9 billion.

Over 66 million bottles of gin were sold in the UK in 12 months, up 41% and over 19 million more bottles than the same period last year.

According to HMRC we exported £532 million worth British gin this year which is expected to grow even more in 2019 adding to the value of the gin category.

Scotland still boasts some of the largest distilleries in the UK, however, an increasing number of smaller distilleries have emerged across England and Wales many of them diversifying and making new gins, whiskies, vodkas, rums, brandies and liqueurs.

“It lifts the spirits to hear that distillery numbers continue to grow in the UK. It’s not just our gins picking up awards, but we have also seen a growing number of excellent quality English and Welsh whiskies too. With all the uncertainty surrounding Brexit it is extremely reassuring that our talented spirit makers are continuing to innovate, invest and grow. With England now boasting more distilleries than its Scottish cousins, 2018 really has marked a moment in history. There is a significant amount of money being poured back in to the British spirits industry which has been helped by the Chancellor freezing spirit duty.”

The latest HMRC figures reveal that a total of 54 new distilleries opened in 2018 – eight closed – which means that the number of spirit makers increased by 46 last year. Of the 54 new, 39 were for businesses in England, 11 Scotland, 2 Wales, 2 Northern Ireland.

English wine and beer maker Chapel Down last year branched out into the world of gin making and in March will open their “Chapel Down Gin Works” an experiential bar, restaurant and distillery. The bar in Kings Cross, London centres around the microdistillery’s gin still and incorporate ‘experiential elements’.

Construction has also begun on the Thomas Dakin Gin Distillery in Manchester. The new city centre gin distillery and visitor experience is another example of a distillery which is set to showcase the rich heritage of English gin makers.

England had only 23 distilleries in 2010 compared to 166 last year, accounting for 58% of all UK openings in the last eight years.

“More and more consumers want to visit the location where their products are made and be informed and entertained by the people who make it happen. There’s nothing like a hands-on experience. Our Winery visits have been a key component behind the success of Chapel Down wines – growing the congregation year on year. And so, following the humbling success of the launch of our new Chapel Down Bacchus Gin, it was a natural next step for us to open a distillery experience, restaurant and bar to enable us to give customers what they want. A great time! And we’re just thrilled we have landed this in the heart of a re-energised King’s Cross, the most connected place in London.”

“2018 was a tremendous year across the board for the UK spirits industry. This growth coupled with the launch of two of our whisky expressions and investment in the development of several new white spirits products has meant that we have had to launch a round of fundraising which will allow us to continue to meet the demand for British spirits both at home and overseas in the years ahead. We now produce horseradish vodka, triple sec and a liqueur in addition to our extensive range of gins and whisky.

Growth in the gin category shows no sign of abating and we were delighted to see a number of English distilleries open in this space. Consumers continue to demand innovation across all spirit categories. Our view is that each of the new English distilleries will bring their own unique style and sense of place to the industry which in turn will drive the innovation that consumers have embraced over the last number of years.”

“We’re in a golden era for quality English gin – it’s never been so popular but it’s origins in the North West of England are little known. The region has been an epicentre of excellence for English gin going back to the 1700’s and continues to produce some of the world’s best-selling gins at G&J Distillers in Warrington. There’s a growing thirst for knowledge when it comes to gin and with our new Thomas Dakin distillery, we are looking forward to breaking new ground in craft gin distilling and also to showing the world the North West’s important place in the colourful history of gin.”