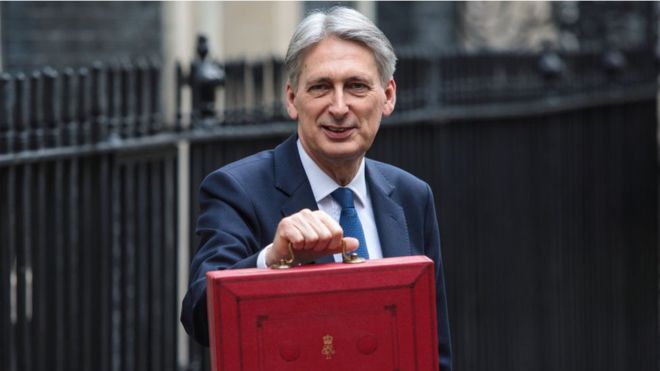 The Wine and Spirit Trade Association is warning consumers to brace themselves for a hike in wine prices as businesses are today hit with a duty rise.

Following Brexit’s impact on the pound combined with inflation the wine trade is already facing a tough trading landscape.

Added to this a 3.1% inflationary rise, imposed by the Philip Hammond, means wine businesses and consumers are being dealt yet another painful blow as the tax hike comes a month before Brexit.

The Chancellor made himself unpopular with the wine trade and wine drinkers after singling them out for a rise and freezing duty to all other alcohol products at the Autumn Budget.

The duty rises by inflation will mean as of midnight tonight (Friday) a bottle of wine will go up by 7p, sparkling wine 9p and an average priced bottle of fortified wine will also go up 9p. This does not include VAT which would add a further 20% to the wine duty rise.

Currently an average priced bottle of still wine costs £5.73. If the UK crashes out of the EU without a deal tariffs on EU wines alongside the duty increase would add an extra 20p to the price of a bottle.

Based on volumes of wine sales last year from today UK consumers of wine and sparkling wine will collectively be hit with an extra £90 million bill.

“As of today, the duty rate on still wine has increased by 7p to £2.23, and on sparkling by 9p to £2.86. This is as a result of the Chancellor singling out wine for an unfair duty increase in last October’s Budget. This comes at a particularly bad time for the UK wine industry – the threat of a no-deal Brexit is still on the table with the Government continuing to refuse to rule out leaving the EU without a deal on 29th March. If this happens and the UK does leave without a deal, tariffs on wine from the EU will apply, meaning wine prices will rise by 20p per bottle for still wine and 37p for sparkling wine.

“These price rises are a direct result of the Government’s refusal to back the UK’s wine industry – which supports 190,000 UK jobs – and its active decision to pass on a punishing duty rise; and the Government’s inability to resolve the UK’s trading relationship with the EU, from where over half our wine is sourced. The WSTA has been consistent in calling for support for the wine industry and for politicians to say #NoToNoDeal. These price rises were entirely avoidable and bitterly disappointing.”

Wine is now the UK’s most popular drink, with 64% of UK adults, the equivalent of 33m people, saying they drink wine.

By increasing the UK’s already excessive duty rates the Chancellor will clobber wine importing businesses, including thousands of SMEs; stifle growth of our flourishing English wine industry and; raise prices for consumers.

The failure to rebalance this unfair tax burden on the wine industry will stifle business’s ability to invest and grow and damage the sector which last year brought in almost £19 billion in economic activity.

The increase goes against recent Budget success stories. After a freeze in wine duty in the November Budget last year, between February to August 2018, wine duty income increased by £39 million up 2% on the same time last year.