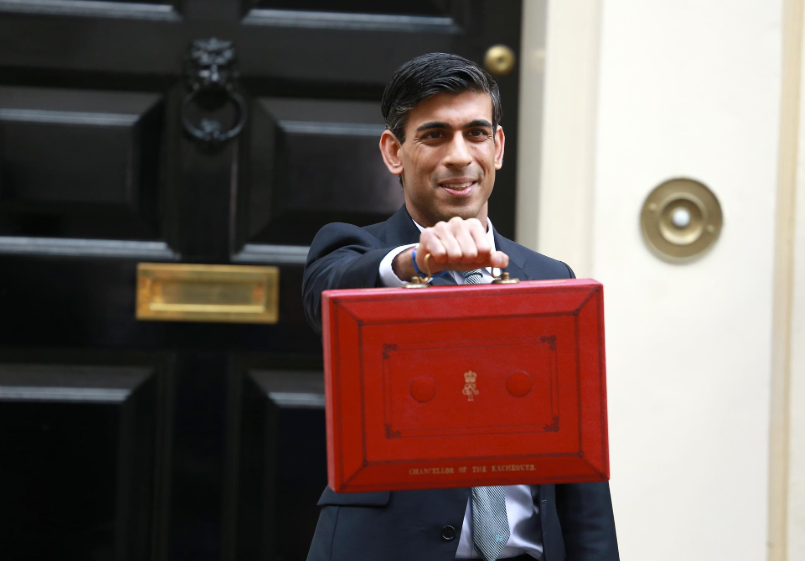 Alcohol taxation: when is a review not a review?

In this weekend’s Sunday Times Tim Shipman, its Chief Political Commentator, wrote a surprisingly detailed piece about alcohol duty reform. It began “Break out the (English) bubbly” and then talked about teetotal Chancellor Rishi Sunak’s plans to fulfil the 2019 Conservative Party manifesto commitment to review the way the UK taxes alcohol now that we have left the EU – “the first big overhaul of part of our tax system”. Well… which is it: patriotic-sounding tinkering or real, radical reform of our tax system?

The article cites the Institute for Fiscal Studies view that the current system is “a mess” and notes Treasury officials view that it is as “outdated, complicated and full of anomalies.” And the formal review documents highlight the UK’s liberation from a harmonised EU taxation system as an opportunity to introduce a way of taxing alcohol that is “simpler, more economically rational and less administratively burdensome on businesses and HMRC”. I agree – on all fronts. But what does a new, simpler and fairer system – for both consumers and businesses – actually look like?

The Chancellor will want to keep at least the same level of receipts from alcohol. Radical reform would have to accept three arguments:

i) alcohol excise duty is purely and simply about raising revenue for the Exchequer.

ii) there is strong evidence to demonstrate that reducing taxes on alcohol can increase Treasury receipts.

iii) any new regime must be for for the future: where post-Covid economic recovery will be best achieved through VAT cuts, business rates relief and other support, the new alcohol duty system should be unchanged for at least a generation.

In other words, “levelling down” … to be clear, I expect a timid Treasury to overlook all three.

In which case Treasury modelling and options will be based on working backwards. Holding receipts from alcohol level inevitably means that any subsequent reform will create winners and losers. For example, taxing alcohol, rather than different drinks, would deliver increased taxation for beer and cider, reduced tax on spirits (quite right) and leave the UK’s most popular alcoholic drink, wine, taxed at a similar level to now – but with the sparkling wine “supertax” removed. Is that a cocktail for reform that Boris Johnson’s government is prepared to serve up – with or without Union Jack garnish?

So, what decisions, which details and how much spin? Here are some of the simpler things the Chancellor could – and should – do as part of a ‘once-in-a-generation’ chance to re-design alcohol taxation in the UK.

a) Tax alcohol, not products, to reduce and remove existing unfairness. Alcohol is one of the most heavily taxed products in the UK, but the most highly taxed products are sparkling wine, then spirits, then still wine; with beer and cider taxed least heavily. The last cut to wine duty was made by the Chancellor’s political hero, Nigel Lawson, in 1984. The unfairness has been exacerbated by successive Conservative governments, who have penalised the UK’s – and women’s – most popular alcoholic drink, wine, by 39% since 2010. This compares to beer – and men’s favourite – at 16%. 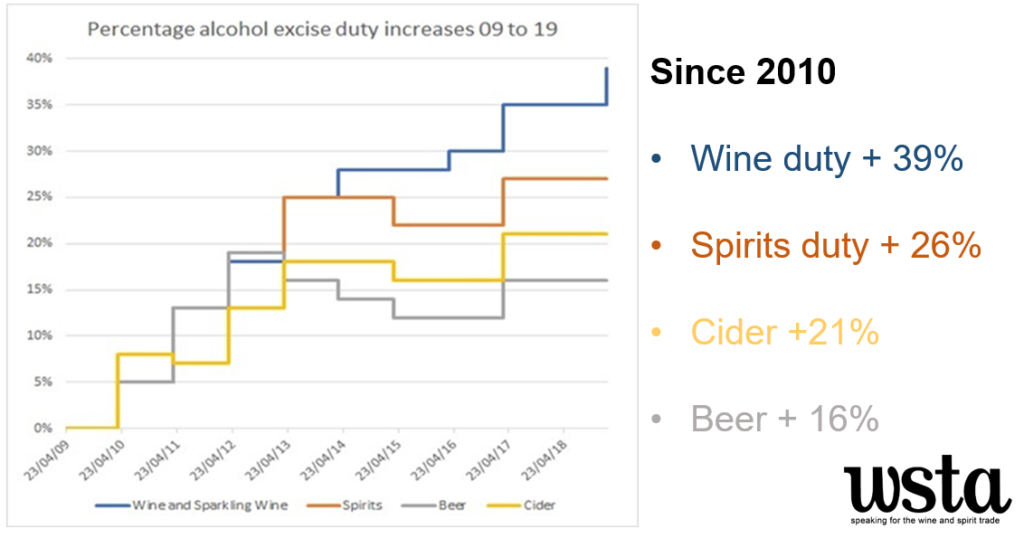 Taxing products in a way that reflects their alcoholic strength would sort out the mess that the IFS identifies, but also re-introduce fairness. Furthermore it would provide the right incentives for the fast-emerging lower strength alcoholic products sector – where the rules for tomorrow can be made today.

b) Design a system that supports British products, not one that favours them. Giving home-grown products more favourable taxation – or ‘drinks nationalism’ – would send a terrible signal to other countries and be counter-productive. It would encourage retaliation in key export markets for English sparkling wines, gin and scotch whisky – which would damage both current and future growth. As if that logic was not sufficient, favouring home-grown products would be incompatible with WTO rules. Finally , there is a far better way to ‘Back British’ than something as limited as “preferential keg taxes”. The Chancellor should think bigger and longer: incentivise consumers to visit the production sites of all British alcoholic drinks. Reduce duty on products bought on-site from the UK’s growing number of distilleries, vineyards or cider mills and breweries – to incentivise diversification, support tourism and generate new, often rural, jobs.

c) Respect international definitions. As the world’s biggest spirits exporter and second largest wine importer, the UK is a global hub for the international drinks industry. Any new system for taxing alcohol that cuts across international definitions of spirits (generally above 37.5%) or wine (between 8.5 and 15% ABV) would put that – and some 360,000 jobs – in jeopardy. There are other good reasons too, for example a ‘tax on sunshine’ that sees higher duty for wine from Australia than wine from France would make a mockery of post-Brexit Global Britain’s tilt at trading differently.

d) ‘Harvest the low hanging fruit’: abolish the sparkling wine ‘supertax’ (c.30% more than still wine), which is holding back English and Welsh wine – some 70% of which is sparkling.

It’s nearly two years since the review was first promised in the Conservative manifesto in 2019. Since then the world has changed, but it’s not yet clear that the Chancellor’s thinking has. Does he have the thirst to deliver a manifesto commitment and real reform in this first, small corner of UK public taxation?