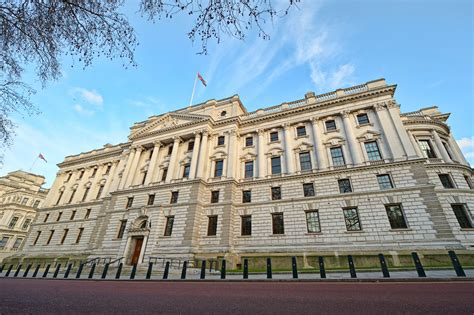 A week out from #Budget2020, the WSTA produces Budget guide

The key points are:

To describe the backdrop to this year’s Budget as exceptional is something of an understatement. Since the last Budget, delivered by Philip Hammond on 29th October 2018, we’ve had a General Election, Hammond has left the House, and his replacement, Sajid Javid, lasted barely 6 months and never got to deliver a Budget.

Rishi Sunak has had less than a month to prepare for a Budget on 11th March in which he is expected to outline how the Government plans to finance the many pre-election spending pledges.

If all that wasn’t enough, the UK has left the EU and only this week it is reported that the Chancellor has been warned that he will have to reassess his budget plans in response to the potential economic disruption caused by the spread of the Coronavirus.

Treasury officials have pointed out this year is anything but business as usual, and that a second Budget in the Autumn is likely.

Officials also signalled that policy announcements might not be limited to the Budget and interim statement, and the WSTA will be on the lookout for announcements throughout the year.

What has the WSTA asked of the Chancellor?

The WSTA is calling on the Chancellor reverse the continued duty rises for wine, and continue to offer support to Britain’s spirit makers, with a 2% cut for all alcohol duties.

What does the Chancellor currently have planned?

The Government set out their approach to alcohol duties in the ‘Alcohol duty: rate changes’ document, released in March 2017. This approach ensures that, unless explicitly set out as otherwise by the Chancellor, all alcohol duties rise by RPI inflation every year.

This means that currently, alcohol duties are set to rise by the RPI rate of inflation, currently at 2.8%.

Under current plans, this 2.8% increase in duty would add approximately:

It will be important to listen carefully how the Chancellor chooses to word his statement when it comes to alcohol duties.

In March 2017, Philip Hammond stated that there were to be ‘no changes’ to the Government’s policy on alcohol duty – the policy was to raise duty by RPI, nothing changed, and alcohol duty rates did indeed increase.

On the day, the BBC briefly ran with a story that alcohol duty rates ‘would not rise’, based solely off the Chancellor’s wording, which was incorrect.

Unless you hear the words ‘freeze’ or ‘cut’, assume that the inflationary rise will be passed down. The WSTA will confirm any changes in their Budget Report, which will be sent out shortly after the Chancellor’s speech ends to all WSTA members.

When would any duty rise be introduced?

When the previous Government moved the timing of the Budget from Spring to Autumn, the WSTA secured an important concession that any future changes to duty would take effect from 1st February following the Budget.

There is no such guarantee with the Budget reverting to the Spring. In the past duty rises have taken effect from midnight on the day of the Budget.

With the prospect of another Budget later this year, the WSTA will continue to argue for the reintroduction of the 1st February commencement date for any duty changes.

Get involved with the WSTA ahead of Budget day

The WSTA is urging all wine and spirits businesses to support their campaign on social media – it’s not too late to tweet your support by tagging @wstauk and using #Budget2020.